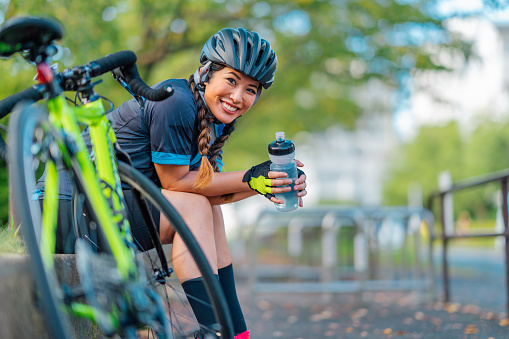 Mountain biking has evolved from a niche pastime that was completely unknown among the general public to a considerably more commonly recognized outdoor activity since its inception in the 1970s.

But how many people ride mountain bikes, what inspires them to do so, and how risky is the activity in reality? Check out UK participant statistics.

How popular is mountain biking?

Also, less evident fact regarding why riders engage in MTB is that 66.4 percent of riders love the bike maintenance side of the sport, with males being twice as likely as girls to be in this camp (71.5 percent versus 34.6 percent).

Surprisingly, one of the most popular reasons stated by riders polled was the adrenaline rush provided by the activity, with 80.5 percent of riders seeing this as one of their primary motivations for engaging in mountain biking.

But it goes far deeper than merely chasing thrills, as those of us who have been strongly engaged in mountain riding for many years will confirm.

Mountain biking is a component of 85.9% of riders’ identities, according to the poll. Studying and mastering new abilities is also a significant element for many riders, with 53.6 percent of mountain bikers claiming to spend time learning and practicing technical skills on a daily basis.

The most prevalent characteristic among all riders, however, came as no surprise to those of us who have been mountain biking for a long time: 98.6% of riders reported that being outside helped them de-stress.

It’s worth noting that some common themes linked to boosting one’s mental condition and self-esteem emerged from these investigations.

Mountain riding, according to 89.4% of respondents, helps them feel good about themselves. The fact that 93.5 percent of participants claimed their anxieties go away while they bike was perhaps the most significant number.

In fact, a statistically significant proportion of riders said they use mountain biking to treat sadness or anxiety, in addition to being a way to forget about their troubles.

A total of 33.8 percent of riders indicated they suffer from a moderate mental ailment like depression, stress, or anxiety, and that mountain biking helps them cope 7.3 percent of mountain bikers claimed they had severe/persistent mental health concerns and relied on riding as a coping mechanism.

Across the board, 82.1 percent of riders say mountain biking helps them deal with bad thoughts or emotions.

The reality is that the proportion of bike riders is rapidly expanding, but we lack statistics on the number of participants.

That is why we have set out on a quest to compile a global map of mountain biking participation.

The quality of current data on mountain biking participation varies per nation, but the biggest problem seems to be the wide range of definitions of mountain biking, which range from just owning a mountain bike to regularly riding off-road terrain.

Aside from that, most nations’ official statistics do not track mountain riding as a distinct sport, but rather as a component of cycling, making it impossible to determine the number of mountain riders among them. Pros and cons of mountain biking.

How many mountain bikers do you think there are in the United States? (Statistics)

When we look at the statistics from the United States, we can see that the number of individuals who participate in mountain biking at least once a year has been growing, despite the fact that overall outdoor activity has been dropping in recent years.

It’s worth mentioning that half of the US population over the age of 6 does not engage in any kind of outdoor leisure, according to the most current poll.

This is assumed to be attributable to a combination of an aging population and younger people’s lower involvement rates in most outdoor activities.

It’s probably unsurprising that women are still under-represented in mountain biking, with males outnumbering females 2 to 1 according to the most recent Outdoor Participation Survey, despite the fact that the sport has gone a long way since its start less than 50 years ago.

This statistic applies to both first-time attendees and those who continue to participate. In fact, according to another recent study, 83.9 percent of mountain bikers polled were men.

Why is mountain biking so popular?

Off-road cycling is “extremely important” (58 percent) or “pretty important” (32 percent) for the great majority of respondents’ physical health, with an even larger percentage (66 percent) indicating it is “very essential” for their mental health and well-being.

Off-road cycling is the major form of exercise for 61% of respondents, whereas 12% of those polled had a handicap or chronic health condition.

This emphasizes the significance of the off-road riding culture and enthusiasm in maintaining and engaging people. On the other hand, 70% of people ride their bikes on the road.

The study also yielded interesting data on how much off-road bikers spend on things like food, lodging, and, of course, their motorcycles. In the following weeks, we’ll take a closer look at them.

Issues that have arisen statistics

The present public rights of way network, according to 74% of respondents, is not appropriate for contemporary bike use. 85 percent indicated it was tough to put together a legal path “frequently” or “occasionally.”

Despite the extensive usage of pathways and the belief that this often leads to conflict, 49% of respondents indicated they had had no dispute in the previous two years.

Is it better to be at home or away?

Off-road riding is often thought to include loading bikes into the back of a vehicle. However, when asked how they started their rides on the rights of way network, 67 percent stated they cycled from their front door.

Trail centers, on the other hand, are a different story, with 42% reporting that most of their trail-center rides entailed a vehicle journey of more than an hour.

Trail centers were the most popular “away” destinations, especially in Scotland and Wales, while National Parks were also popular in England. The relative popularity of National Parks, long-distance linear routes, bike parks, rural rights of way, and open space varied significantly across the four UK nations and other countries.

Given that just two of our fifteen “national trails” are now completely cycle-accessible, this clearly implies that there is untapped potential for this kind of riding to emerge.  Pros and cons of cycling. How effective is mountain biking statistics?

Mountain biking has been a popular outdoor leisure sport for many decades. According to the Outdoor Industry Foundation, almost 40 million individuals in the United States mountain bike each year.

Physical activity, particularly in the outdoors, is becoming increasingly important to our health as individuals and as a community as public health issues such as obesity, heart disease, and diabetes become more prevalent.

Mountain riding is a thrilling and pleasant way to get the numerous health advantages of regular fitness and cardiovascular activity, such as:

Cardiovascular fitness is known to increase with regular exercise. The British Medical Association analyzed 10,000 adults and discovered that cycling for at least 20 kilometers a week reduced the risk of coronary heart disease by almost half.

Mountain biking requires a lot of oxygen since it involves big muscle groups. This increases your heart’s fitness by 3-7 percent by making it work continuously.

Mountain biking is a low-impact activity, which means it is easier on the joints than other cardiovascular exercises like jogging.

Cycling is also a non-load bearing activity, which means the act of sitting relieves strain on your joints and lowers your chance of injury.

Moderate exercise on a regular basis is believed to boost your immune system and keep you healthy.

People who bike for 30 minutes 5 days a week take half as many sick days off work as their sedentary counterparts, according to researchers at the University of North Carolina.

Women who exercised frequently, including cycling to work, had a lower risk of breast cancer, according to another research published in the European Journal of Epidemiology.

Mountain biking’s strenuous demands cause your body to produce natural endorphins, which are the body’s method of feeling good and gaining energy.

Exercise also increases serotonin, a brain molecule that aids in the prevention of sadness and anxiety.

Riding a difficult single-track may become a type of movement meditation, allowing you to relax and weather life’s stresses by diverting your attention away from unpleasant thoughts that can lead to anxiety and despair.

Developing new skills and increasing your mountain bike talents may also boost your self-esteem and confidence.

Cycling improved cardio-respiratory fitness by 5%, which resulted in a 15% increase in mental assessments, according to Illinois University researchers.

This is due in part to the hippocampus — the memory-related brain area – forming new brain cells.

Professor Arthur Kramer said, “It improves blood flow and oxygen to the brain, which fires and regenerates receptors, explaining how exercise helps stave off Alzheimer’s.”

During their workout time, creative professionals and executives often employ their heightened brain function to come up with new ideas and solve difficulties.

Mountain riding, unlike trudging on a treadmill or stair-stepper, is a dynamic exercise that challenges the rider to respond to changing terrain, pitch, and height on a regular basis.

On a mountain bike, being stable and secure not only saves you from falling, but it also improves brain connections and reinforces muscle memory.

Keeping these systems functioning as we age prevents aging-related impairment and lowers the chance of damage from falls. Cycling is among the most popular kinds of exercise in the UK, which is unsurprising considering the feeling of freedom it gives, as well as the broad variety of health advantages and plenty of fresh air it delivers!

Cycling has seen a tremendous surge in popularity in the UK in 2020 and 2021, as the coronavirus epidemic has prompted many of us to want to spend more time outside and prioritize our health.

We’ve collated all of the most up-to-date cycling data for 2021 to see how much the pandemic has influenced riding’s popularity in the UK and to learn more fascinating facts and numbers about bikes and cycling.

Cycling is more popular among UK adults than jogging, football, and strength training.

Cycling for an hour at a steady speed burns roughly 500 calories.

In the United Kingdom, Giant Bikes are the most popular bike brand.

We analyzed the findings of a questionnaire filled out by 3873 mountain bikers to have a better understanding of the risk factors, kinds, and primary body areas of injuries.

A total of 8133 single lesions were reported by 3474 athletes, with 36 percent of those who competed on a regular basis.

Mountain biking has a similar injury rate to other outdoor activities, with the vast majority of injuries being minor.

Mountain bikers had an overall injury risk rate of 0.6 percent per year, with one accident every 1000 hours of riding.

The biggest risk variables were a slick road surface, a cyclist’s poor situation judgment, and excessive speed, all of which were personal factors that could be changed with preventative actions.

Collisions with parts of the bike, particularly the pedals and handlebar, caused 14% of all injuries. While 75% of the injuries were minor, such as skin cuts and contusions, 10% were serious enough to need hospitalization.

There is a breakdown of the injuries based on body place and frequency of occurrence.

Recent research has provided some fascinating insights into what inspires individuals to participate in a sport that is unquestionably dangerous.

Achievement, advancement, self-worth, and dealing with negative thoughts or mental health concerns are all fascinating counterpoints to the general public’s perception of mountain biking as only an adrenaline-fueled activity.

It’s also good to observe that, despite a general decline in outdoor activity over the last several years, the number of mountain bikers is progressively growing.

And I don’t think the advantages of this can be overstated, especially given what we now know about the good effects of a better connection to nature, conquering anxieties, and engaging in regular physical activity.