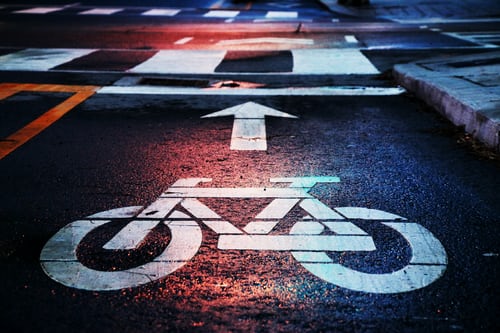 is among the most popular kinds of exercise in the UK, which is unsurprising considering the feeling of freedom it gives, as well as the vast variety of health advantages it delivers and the abundance of fresh air it provides!

The coronavirus pandemic has led to an increase in interest in cycling in the UK in 2020 and 2021, as more and more of us want to spend more time outside and prioritize our health.

Is cycling a popular sport in the UK?

Walking/hiking is the most popular type of exercise in the UK, as seen in the graph, with 38 percent of individuals picking it as one of their top three choices.

Swimming was ranked second, with 14.1 percent of UK people choosing it as one of their favourite kinds of exercise.

Cycling is a close second, with 11.4 percent of respondents choosing it as their favourite form of exercise.

A whopping 25.5 percent (1 in 4) of UK people do not like any sort of exercise, according to the report.

Cycling is more popular among men than it is among women, with 14.6 percent of men and 8.4 percent of women saying it is one of their top three favourite kinds of exercise.

Cycling is most popular among people between the ages of 45 and 54. Cycling was listed as one of the favourite forms of exercise by 3% of those in this age range.

Cycling is more popular in Yorkshire and the Humber than in any other UK area, according to residents. Check out Mountain biking statistics (UK & US)

How many people are in British cycling?

During the pandemic, up to 16% of England’s population cycled at least once each week.

Sport England (slide 74/84), a non-departmental public agency within the government’s Department for Digital, Culture, Media, and Sport, has published the COVID-19 cycling statistics.

According to the most current official data on riding in England, In 2018, 11% of people in the UK cycled at least once a week (just over 1 in 10)

This is the same as 6.1 million people!

Moreover 20% of adults at Cambridge and Oxford pedal at least once a week, according to the study.

What age group uses bikes the most?

According to the National Household Travel Survey of the United States Department of Transportation, bicyclists aged 50 and above pedaled an estimated 2.6 billion miles on 830 million trips in 2009.

That’s a significant increase from 1995, when persons in that age bracket rode 175 million miles and traveled fewer than 400 million miles.

The bicycle gives the opportunity to meet other riders casually or via cycling groups, and it has been proved that strong community connections increase people’s health and happiness.

There are more than 50 recognized cycling groups in Minnesota alone, with some of them catering specifically to elderly cyclists.

According to Martha Roszkowski of the national nonprofit People For Bikes, “the largest boost we’re seeing in riding is among elderly people.”

According to a detailed poll conducted by People for Bikes in March 2021:

According to the poll, bikers aged 55 and override more than any other adult demographic, with 42 percent riding more than 25 days each year.

According to other studies:

According to a marketing research analysis, male bikers ride more regularly beyond the age of 65 than they did previously.

People aged 60 to 79 accounted for 22% of the net rise in bike journeys in the United States from 1995 to 2009. In those 14 years, the number of people who biked tripled, the greatest rate of increase of any group.

What percentage of people own a bike?

Cycling is a low-cost hobby and form of transportation, so it’s no wonder that it’s popular all around the globe.

Cycling statistics reveal that it has become a popular method to travel and conduct errands, which makes sense given that it is dependable and, in some cases, the quickest mode of transportation.

How many bikes are sold in the UK every year?

The number of bicycles sold in the United Kingdom (UK) between 2000 and 2016 is shown in thousand units.

In 2006, sales in the United Kingdom peaked at 3.92 million units, before plummeting to 3.3 million units in 2008. Sales have remained consistent in the years thereafter.

Every year, however, over 100 cyclists are murdered and over 3,000 are badly wounded on British roads, most of whom are killed by automobiles.

“By some estimates, there are currently more than two billion bikes in use throughout the globe,” according to the World Bank blog.

Every year, over 100 cyclists in the United Kingdom die as a consequence of crashes or falling from their bikes on the roadways. More than 3,000 people have been critically hurt. The good news is that the number of people who have died has decreased.

Cycling, often known as biking, is a popular recreational activity as well as a mode of transportation in many circumstances.

Around 12.4% of Americans cycled on a regular basis in 2016. Over the last three years, the number of cyclists/bike riders in the United States has risen from roughly 43 million to 47.5 million in 2017. Year after year, the number of bikes sold has increased, and I am amazed and thrilled to see that it is now more than the number of vehicles sold.

In reality, in 2013, around 3.3 million new bicycles were sold in the United Kingdom, compared to approximately 2.2 million new vehicles.

According to the CTC, roughly 30% of them are children’s bikes, which presumably include people of all ages.

Surprisingly, 98.5 percent of bicycles sold in the UK are imported, and I can’t help but wonder whether the 1.5 percent created in the nation are exotic bicycles?

This would imply that roughly 50,000 motorcycles will be produced in the UK, and although I fantasize about all of them being exotic, luxurious machines, the odds are that they won’t all be.

Most importantly, it is reassuring in general. Similarly, it’s tempting to assume that the 3.3 million bikes sold were mostly flat-packed bike-shaped things sold in supermarkets.

I believe some of them will be featured, but I also believe that many will contain good quality road, MTB, hybrid, and other bikes.

The many Cycles to Work programs, for example, will have helped. All of this is excellent, but it’s sad that the number of kilometers rode each year stays very low.

Indeed, the most recent peak was in the 1980s, when mountain bikes were flying off the shelves.

During a pandemic, there is an increase in cycling.

While 16 percent may not seem like a flood of bike riders has descended onto our streets, and the UK will not be vying with Amsterdam or Copenhagen as the world’s cycling capital any time soon, it is a significant rise over prior estimates.

Indeed, according to UK statistics (through Cycling UK), cycling accounted for just one percent of total motor road traffic kilometers in 2018.

Meanwhile, it accounted for just 1.7 percent of all visits in England that year, a ratio that had been stable since the early 2000s.

In Scotland, it was reported in late April that bike trips had increased by 120 percent during the epidemic, while bus, train, ferry, aircraft, and vehicle trips had decreased by up to 95 percent.

Since the beginning of March 2020, travel in Scotland has decreased from an average of 2.7 to 0.9 journeys per person per day, according to Transport Scotland.

So, if you’re starving for any positive news stories in the midst of this terrible period in our history, this could be the place to search.

Why Are People Riding Bicycles in Greater Numbers?

There are several reasons why, in these unprecedented (apologies if you’re wary of that phrase by now) times, more people are opting for bicycles.

The first is that, as previously said, more individuals have more spare time on their hands, whether because they work from home, are on furlough, or for other reasons.

Nobody enjoys cabin fever, so even 20 minutes of outside activity may be beneficial to your emotional as well as physical health.

Other variables include a natural aversion to using public transportation (not least since COVID-19 is more contagious in confined settings) and the fact that highways are considerably quieter. For example, Sky reported in late

April that congestion levels in the UK’s 25 major cities had decreased by an average of 57%.

People will feel safer riding on less congested routes, thus this is certain to have contributed to the dramatic rise.

Bike lanes are also becoming more common throughout the globe, and improvements in cycling infrastructure like these will only help people feel safer and more eager to pedal. Pros and cons of cycling.

In addition, as part of Cycling UK’s ‘The Big Bike Revival,’ which is taking place in a number of independent bike shops around the nation, important employees in England and Scotland have been granted free necessary cycling services and repairs.