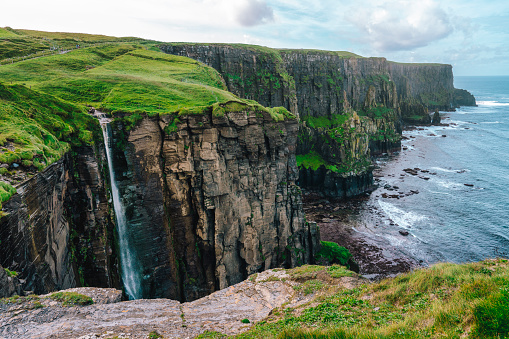 We take a look at Irelands Cycling & Statistics from “Cycling Ireland” and other organisations.  In addition to the Irelands cycling initiatives to encourage more people to cycle.

How the Pandemic led to a Cycling Boom

Cycling during the lockdown of Covid 19 increased by 45%.

The long-term trends were examined by cycling and car traffic data in Dublin.  Dublin City Council have been calculating the number of bikes on Grove Road, a key cycling route in to Dublin’s city centre from 2012.

Ireland has lower cycling levels compared to other European countries.  Only 20% of trips under 5 miles are completed by walking or cycling in Ireland.

In comparison to 66% in the Netherlands. Some may ask if it’s down to the weather in Ireland. However, the road counter data showed that cycling numbers are similar in the summer.

The National Survey suggested that 32% of people would be encouraged to cycle more if cycling routes were safer.

A second key finding of the National travel survey is that younger people had no alternative choice to cycling.

There is a lack of public transport in parts of Ireland and many people don’t have access to a car.

The findings highlight the importance of investing in cycling infrastructure so that there are more bike lanes, bike storage facilities and better access to bikes.

Research by Sport Ireland found that 510,000 people in the Republic of Ireland are cycling at least once a week. An increase of 260,000 people compared to this time last year. Read about UK Participant cycling statistics.

Cycling of Ireland CEO, Matt McKerrow welcomed the findings as he stated “That everyone has noticed the increase in cycling around town.

However, it’s great to see the research with quantifying numbers of cycling participation.”

Cycling Ireland have committed themselves to increasing the cycling opportunities to help increase physical and mental health across Ireland.

The finding highlighted the number of essential workers commuting by bike. Local authorities have introduced cycle lanes. There has been calls to make these a more permanent fixture.

Osin O’ Connor, the spokesperson for Dublin cycling campaign wants local authorities to increase the amount of cycle lanes across the country.

Cycling Ireland has stated that there has been a big demand for programmes that support the cycling community.

These included a seven-week online training programme; the Zwift league had the highest participant rates and teach your child cycle route has grown with popularity. Read about MTB statistics UK & US

How popular is Cycling?

The 210 people surveyed said they had cycled in the last 4 weeks, (39%) of people cycled once every two weeks.

The main reasons for the popularity of cycling in the last month was for “exercise” 87% and enjoyment 80%.  Read about Scotlands cycling statistics.

Cycling in Norther Ireland 2019/2020 (Findings from the House Survey)

Females were 27% more likely to have access to a bike and males were 37%.

Cycling is a Vision For The Future

The Irish government have promised an annual investment of 360 million of Euros to spend on cycling and walking initiatives that have helped form the Rural Cycling collective.

The main purpose of the collection of the groups is to make rural communities towns, villages and rural roads to make them more cycle friendly for all members of society.

Design a useful map, that’s easy to use and connects cycle routes throughout local area.

Create a best practise checklist that ensures all routes are safe and comfortable.

Reduce speed limits to make our roads and streets safer and more accessible.

Discuss cycling initiatives with all stakeholders that include the community and cycling groups at planning, design and implementation stage.

The implementation of all eight rules will help promote active travel throughout Ireland.

The Rural Collective initiative would help Ireland benefit from more Active travel that would lead to improvements in health, congestion, air quality and noise levels.

The rural collective wants to promote cycling as a great way for children to cycle to school, to work, to pick up your pension from the post office.

During a family fun day at Clonakilty, a promotion for the vision of cycling in rural Ireland.

The adults and children of Clonakilty remarked how they love exploring their local area on their bicycles.

How many cyclists have died in Ireland?

Ireland has recorded the largest amount of cycling fatality rates out of all European members in the last 10 years.

European transport body has revealed how death of cyclists has increased in Ireland by 8% every year since 2010.

In comparison with other countries such as Netherlands and France. It’s almost 4 times as much.

The Bike like me is a cycling scheme by “Ireland Cycling” to encourage more women and girls to take up cycling and feel more confident on their bike.

Irelands strategic plan 2020-2024 has targeted women as a priority, to encourage them to take up cycling.

The Bike Like Me campaign lines up with Sport Irelands policy on women in sport. There are four target areas:

The success of women’s coaching pathway, the cycling Ireland joined forces with other government bodies to provide unique opportunities for female coaches.

The programme now spans over 4,300 members across 32 counties and 21,500 participants across bike rides.

The Rider leader training resumed across the summer months, were 12 training courses to train ride leaders. There are now 100 ride leaders.

Sole Rides were introduced when the AXA community bike rides had to be stopped due to Covid 19 restrictions.

To participate in the Sole Ride, riders had to take a picture of themselves from their ride.  Although they were competing the ride on their own, they were taking part as a wider community.

Although group rides resumed, sole rides have become a big part of the initiatives as it allows riders to participate where rides may not be available to them.

The website has undergone a re design to help users interact, and leader to leader discussion.  There is a resources section that provides guidance on road safety and fuelling practises

Cycle Right is an organisation that helps to promote safe cycling in schools. Launched in 2017, with over 15,000 children taking part in 2017.

School closures lead to a decrease in numbers for 2020. However, 2020 looks on target to offer training to more participants.

The Cycle right programme was funded by the department of transport and road safety authority.  You may like to read about road cycling accident statistics.

We hope you have found the article 8 Ireland Cycling Statistics & Initiatives Everyone Should Know 2022 helpful.