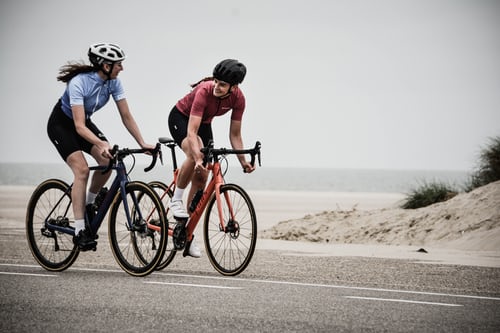 Every minute, a bicycle is stolen in the United Kingdom. And fewer than 5% of those stolen are returned to their owners.

According to the most recent International Crime Victim Survey, bikers are more likely to have their bikes stolen than motorcycle riders or automobile owners.

It is hardly surprising. However, that bike theft has been identified as the single largest disincentive to cycling usage, after concerns about traffic safety. Cycling Participant statistics UK.

What bikes are most commonly stolen?

So, where in the UK is the most vulnerable to bike theft?

Yellow Jersey, a partner cycle insurance, collated the latest statistics on the issue. They working with the British Transport Police.

A year’s worth of police data to determine the hotspots of bike theft in England, Wales, and Northern Ireland. The City of London is the top place for bike theft in the UK, according to the statistics.

Although this is an outlier owing to the low number of inhabitants. But compared to the 300,000+ people that commute into the city.

It’s no surprise that London districts make up half of the top 10 worst regions, particularly when you see Stolen Ride’s London stolen bike map.

The remaining five locations are all university towns, with Cambridge and Oxford completing the top three.

The following are the top locations for bike thefts per person:

How often do bicycles get stolen?

During the coronavirus epidemic, when more individuals have resorted to bicycles as their primary source of transportation. The situation has only become worse.

According to the New York City Police Department, this is up roughly 28% from 3,507 complaints in the same time a year ago.

Bike theft increased by 23% year over year in other big cities, such as Denver, from January to September.

Police often only retrieve a few hundred thousand of the millions of bicycles stolen each year.

Instead, it’s difficult to reconnect motorcycles with their rightful owners. Owing to the fact that many individuals don’t remember their bike’s serial number, don’t register it, and don’t report the theft to the authorities.

How often are Bike Thefts in the UK

Hackney was such a hotbed for bike theft that incidences. In that borough alone accounted for nearly 3% of all recorded bike thefts in England and Wales.

The results show how cyclists struggle to find the adequate and secure bike parking.

Only 5% of Londoners questioned thought the city’s cycle parking was “excellent,” with 95% saying their bike was largely shielded from harm while parked.

As a result, it considers Wales to be one of the safest places in the UK for cyclists, with a crime rate a tenth of that of London.

We think that this will be helpful to the rapidly increasing number of riders and will assist raise awareness in high-risk locations.”

When it comes to locks, keep in mind that you get what you pay for. A cheap-looking lock will provide minimal protection and make a bike thief an easy target.

Every lock manufacturer has its own security rating. Which is a good measure of strength. The better the lock, the more costly it will be in most circumstances.

The majority of bike locks are graded on a ‘Sold Secure’ scale. Bronze, Silver, and Gold are the most common ratings. Bronze is, unsurprisingly, the weakest, while Gold is the most powerful.

You must understand that if you use anything other than an authorized locking system on your stolen bike, your bike insurance policy will not payout.

It is a condition of the cycling insurance coverage. your bicycle is secured with the proper “Sold Secure” lock in the sad event that it is stolen.

Consider where you’ll secure your bike

Don’t leave your bike in a remote location. Place it in a well-lit spot where people will see it often. Keep an eye out for CCTV and keep it nearby whenever possible.

Secure your bike with a lock

Many riders are caught off guard by this. Always secure your bike to anything that cannot be readily moved, lifted, or damaged.

A heavy chain saw may be required to cut through a scaffolding pole. Just a few tools are required to loosen the joint and hoist the pole up completely.

The Mesh fence seems to be large and intimidating.  A pair of wire cutters could easily cut through it. Remember that your bike is only as safe as the anchors you use to secure it.

Locking that is effective

Secure the frame, front, and back wheels to the thing you’ve chosen.

Remove the front wheel if you just have one lock, and then lock both wheels together with the frame.

Make sure the D-lock is properly secured. If you leave it hanging free between the bike and the item you’ve tied it to, the burglar will have greater manoeuvrability around and around your bike, giving them more leverage to force open the lock. Electric bike statistics Having two locks is preferable to having one

The term ‘different’ is crucial in this case. Because there are two kinds of locks. A burglar will have to use two separate tools to pry them open.

While it’s plausible, a thief carrying a bunch of high-end tools is quite rare. Any bike thief has a formidable foe in the form of a D-lock and a chain lock.

Dispose of all accessories

If at all possible, bring all of your equipment with you. Without the addition of lights and wheels, a bicycle is significantly less enticing.

A number of bike thieves steal bikes and ride away on them. Remove the seat post as well, making it very difficult for a thief to escape.

It is essential that you register your bicycle. It will not only dissuade thieves, but it will also aid the police in identifying the bike. Increasing the likelihood of your bike being returned to you.

You may also have insurance for personal injury and public liability to ensure that you are protected in the event of an accident.