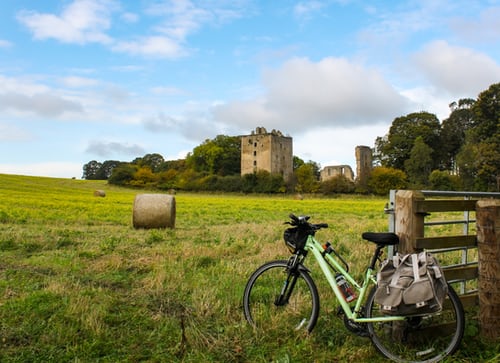 Cycling in Scotland has increased over the last twelve months. We look at the statistics published by “Cycling Scotland” and other organisations to help understand the popularity of cycling and how effective the government initiatives have been.

Cycling Scotland recorded that there were an impressive 47% increase in cycling journeys between 23rd March & March 22 2021. In comparison with the same period last year.

The latest figures by the Bicycle Association have seen a boom in the sale of bikes, bike accessories and bike services.

There has also been a big increase in the popularity of electric bikes across Scotland.

How Popular is Cycling In Scotland?

The lockdown caused by the worldwide pandemic of coronavirus 19 in caused a massive surge in budding cycling enthusiasts.

“Cycling Scotlands” research” concluded that the big surge in cycling had a key role in encouraging people to get more exercise and fresh air.

Furthermore, putting less pressure on the transport system and helping to combat the climate change emergency.

There needs to be a continued approach to improve the cycling infrastructure in Scotland.  With more bike lanes, better storage facilities and more access to bikes to encourage more people to cycle. Cycling participant statistics UK.

Why Cycling became so popular?

Claire Sharp lives near the city centre, and was a little nervous about cycling on the road as the roads are very busy.

During lockdown the roads were quiet. Claire managed to get a bike, and used the bike to replace her gym workouts.

She remarked how “Cycling helped her keep fit, improved her mental health and improved her confidant in doing an activity she was very nervous about. Leading her to feel more empowered”.

Another Scottish citizen Asif Sattar 45, an IT worker from Motherwell remarked “How cycling was a great way to break through from the lockdown gloom. “ Mountain biking statistics.

Where was the increase in Cycling?

There were six locations in Scotland that seen a 100% increase in cycling 2021. They include Arbroacth & Dunfermlines Kingseat road. Astonishing Clyde Street showed a 199% rise in comparison to 2020.

The research was collected from the National monitoring framework. Funded by Transport cycling and taken under taken by Cycling Scotland.

Its hearting that cycling is still 33% higher than this time last August.” Public health evidence has shown that we should try and be outside as much as possible especially in winter.”

The cycling report tracks everyday cycling in Scotland.  The report includes data from between January 2011 to March 2021 with the goal of providing a picture of cycling behaviour, road safety and access to bikes.

Cycling as a recreational Activity: 11% of people stated that they participated in at least 30 minutes of cycling within the last four weeks. An increase from 10% in 2012-2014

Total Amount of Cycling:  A Staggering 367 million kilometres were cycled on all roads in 2019

Safety: 11 people were killed and 242 were seriously injured while riding a bike. Economic Benefits of Cycling to Work

Research undertaken by the university of Edinburgh, and the Glasgow Centre for the population of Health calculated a big economic value of walking and cycling as a form of commuting in Scotland.

The research “Quantifying the Health and Economic benefits considered the amount of people taking part in the recommended 30 minutes of physical activity by cycling.

These findings were published in the journal or Transport and Health.

The research found 14.5% of all commuting in Scotland 2021 was active commuting.

Active commuting is including (walking, cycling and wheeling) and 50% met the recommended of physical activity while commuting.

Researcher Graham Baker concluded that the findings showed evidence that “active commuting” can help the government met their recommended levels of physical activity.

The research finding highlighted there is plenty of scope in the promotion of cycling to work.

However, to sustain such growth it is vital that cycling initiatives are supported by investment and resources.

These finding from the (Heat tool) estimate the economic benefit from a decrease in mortality from cycling and walking as a form of commuting.

Researcher Paul Kelly stated that “The findings demonstrate the “Value of Cycling in relation to health and well being of the Scottish citizens and highlights the justification of protecting the current investment.

The increasing environmental factors has increased the propensity to cycle.

However, people were still being put off cycling by the concerns about road safety.

Every two years Cycling Scotland commission independent research on the attitudes towards cycling. The study interviewed more than a 1000 people in 2019.

The study found that staggering 79% of people living in Scotland believed that if more people cycled, it would help the environment.

However, the research did highlight, the need for improvements

How many cyclists killed Scotland?

There were eight cycling fatalities in 2019.An increase of six in 2018.  Scotland’s road safety framework contains targets to reduce casualties

Is Scotland good for cycling?

Scotland has a variety of cycling routes, for different levels of riders and are ideal for all family. Combined with the break taking scenery. Here are Scotland’s best mountain bike trails.

How popular is cycling in the UK?

The department of transport (DFT) “Road traffic estimates Great Britain 2020 stated that pedal cycling had increased by 45.7% above 2019 levels

Transport of London 2020 stated that cycling in London city centre rose by 7% and 22% in outer London. See UK cycling statistics

Is it illegal to ride a bike drunk in Scotland?

Cycling while in intoxicated is illegal. A person riding a bike while under the influence of drink or drugs that causes them to not be in control of the bike is guilty of an offence.  See UK bike theft statistics.

A police officer can arrest an individual if they believe they are intoxicated while riding a bike.

We hope you have found the article on 35 Impressive Cycling Statistics and Facts Every Cyclist Should Know 2021 and found it helpful and informative.