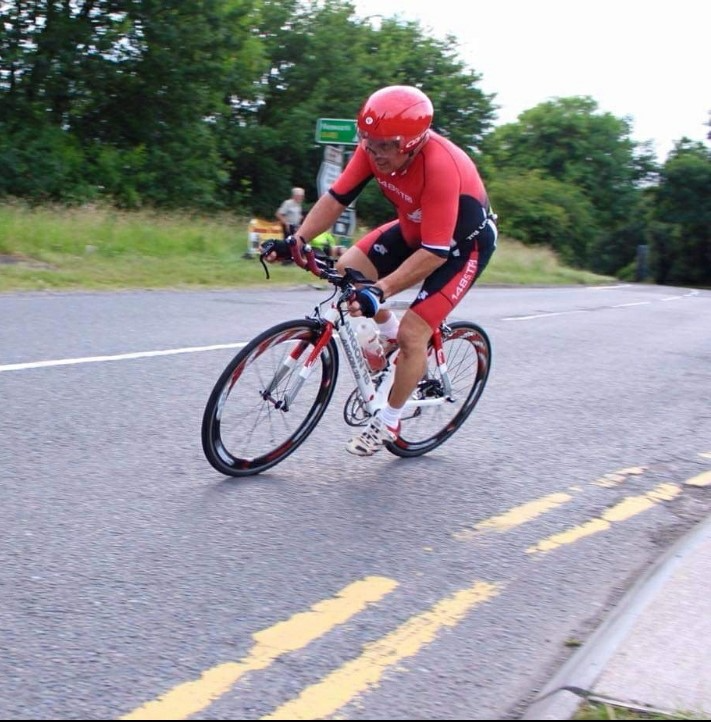 How to cycle in a group?

Thinking of riding in a group and need some advice. Steve Robinsons has many years of experience biking riding and takes groups of beginner riders out on a Saturday morning. Read Stevens story.

So, you want to ride with a group Group rides vary by ability levels and format. Some are like some sort of race, and others just roll along in an orderly rotation.

Each group ride will probably have its own set of unwritten rules. The best way to join a group ride is to go to your local Cycling Clubs and ask about what sort of rides they have and what sort of speed their regular rides do. how to lead a group cycle ride.

Ask whether the ride maintain a steady even pace for the duration of the ride or do they kind of have a few sprint sections in it and regroup etc. Do they have a specific route they do and if so is there someone who leads the group and makes sure your all still there.

I’ve ridden with many groups in the past some steady some not so steady where I am hanging on for grim death.

The majority of groups ride along in a double line (2 abreast) with the two on the front maintaining the agreed pace for an amount of time, this time may be for a couple of mins or just a few miles till they feel they’ve done enough work on the front then drop to the back of the line for a recovery period leaving the next two in the twin line to take the lead and keep the pace. Planning a cycling adventure.

There are various ways to do this change over but do it when its safe to do so such as when there’s no other traffic around. One way a group may work is in what’s called a Chain Gang.

A Chain Gang is 2 lines of riders. Keep the Rotation Smooth Most group rides roll along in a double paceline, in which two lines form and pairs of riders take pulls (ride at the front of the group into the wind) before swinging off and drifting to the back. Jacks experience of riding the scotland 100 mike ride to sun.

A varied intensity workout is one of the appeals of a group ride, but for everyone drafting behind, the pace should be as even as possible.

A common mistake is for the leaders of a group ride to go extra hard up the hills and then coast down them. With little drafting at slow speeds, climbs tax everyone in the group equally.

Conversely, if the leaders don’t actively fight the wind downhill, everyone behind them will have to ride the brakes.

Earn goodwill from those behind you by going easy on the uphills, keeping it steady over top, and pedalling hard down the backside.

Accelerations also strain riders behind, so refrain from surging ahead when your turn at the front arrives, or hammering out of corners and intersections. How to train cycling

Communicate With Your Hands Signal for turns, regardless of your place in line. Point to the ground and even snap your fingers to warn of ground debris and rough pavement.

For larger road hazards (joggers, parked cars) wave your hand behind or above you, motioning away from the object. A slap on the butt (your own) also communicates that an obstacle on that side of the road looms ahead.

When you’re ready to finish your turn on the front, flick out your elbow on the same side you expect a new leader to pass.

Don’t Overlap Wheels Try not to let the front of your wheel get ahead of the back of the one directly in front of you. Even if you can anticipate and avoid a swipe across your front wheel, doing so might require a jerk backward—right into the front wheel of someone behind.

And, just like when you’re driving a car, learn to maintain the right distance behind traffic ahead while keeping your eyes trained farther up the road.

There’s absolutely no shame in avoiding the wind and resting at the back of the group, even for the entire ride. The mark of an experienced cyclist is that he or she doesn’t need to race or ride hard all the time. Knowing when to ride easy is a critical step in maturating as a cyclist. Five cycling routes in winchester

To take a break, simply stay at the tail end of the group and tell riders drifting back to get back into the rotation ahead of you.

Many of them will even appreciate the opportunity to spend more time at the front. If you’re new to road cycling, a group ride is a good place to start. From the back, you can watch the dynamics of the group as it cruises smoothly up the road, and you won’t have to worry about interrupting riders nearby