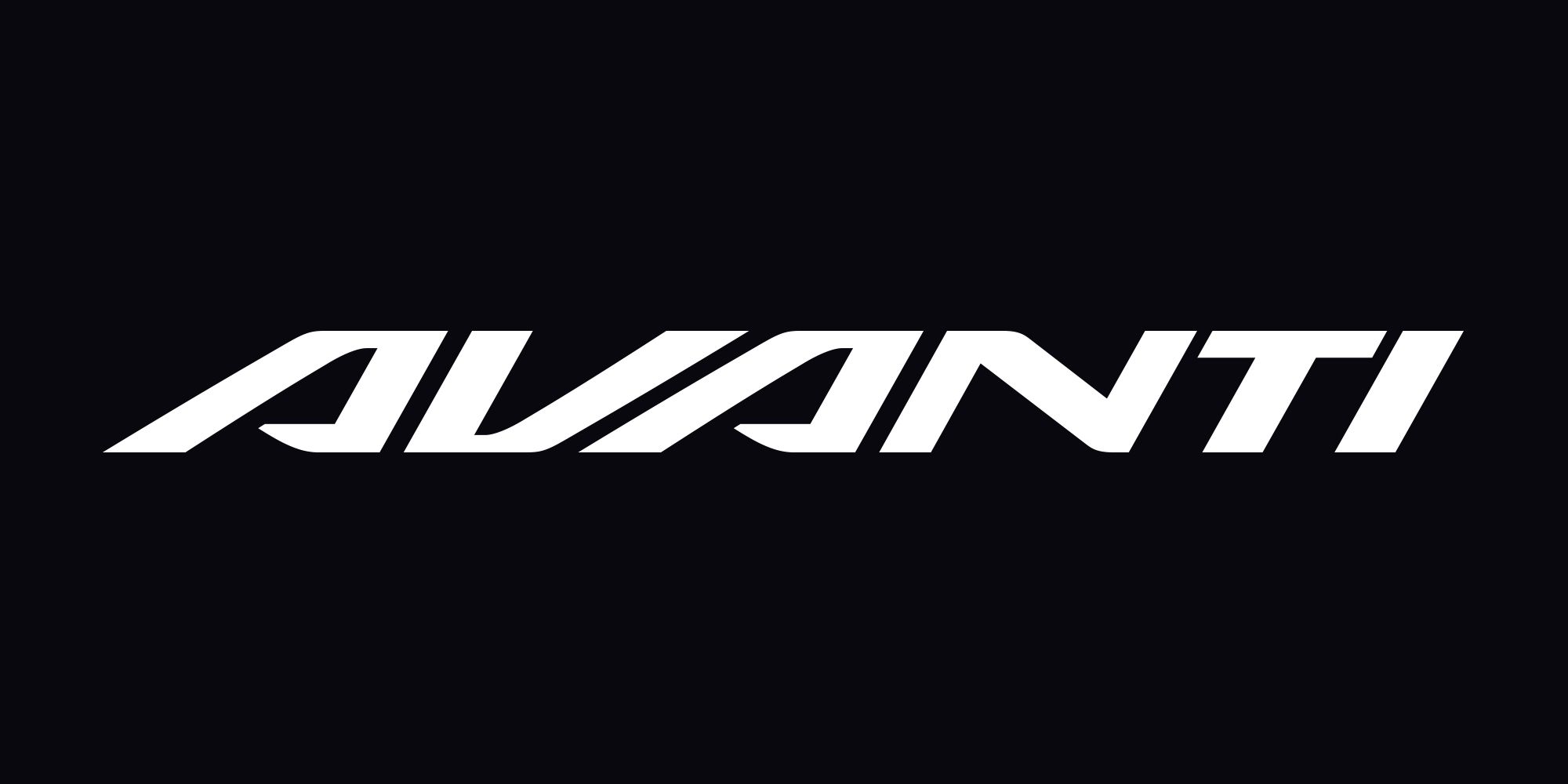 Are Avanti Bikes Any Good?

Avanti Bikes is one of the alternatives available when purchasing a bike. I was interested in determining whether Avanti Bikes was a decent choice.

I’d spent the better part of a week researching the Avanti Bikes brand, including its history, reputation, competitors, and customer experiences, when I completed.

With any luck, my brand analysis will help you decide if Avanti Bikes is a worthwhile investment whether you should go elsewhere for your next bike purchase right now.

It was my very first road bike, excellent looks, a fantastic 105 drive train, and a surprisingly smooth ride for an alloy bike.

Additionally, they have an excellent guarantee policy, meaning firms like mine (specializing in frame repairs) rarely see any Avantis in the workshop.

Is Avanti a Good Bike Brand?

Avanti’s commitment to continuous improvement and exceeding expectations is fueled by a rider-centric philosophy dubbed Avanti Design Technology (ADT). And a development programme that offers the ultimate in technology to all bike riders.

They enable you to achieve the most outstanding performance from your Avanti bike via the use of precise technology like our proprietary carbon fibre lay-up or a high strength-to-weight ratio alloy.

The combination of cutting-edge design, in-depth understanding of local circumstances, and rider testing and development results in an unmatched bike on the international stage, as demonstrated by our pro-level riders.

A Brief History of Avanti

Avanti introduced its first bike to the New Zealand market in 1985 and has since expanded their portfolio to over 100 models.

It covered all aspects of cycling, from children’s bikes to Olympic cycles. Avanti crossed the Tasman Sea in 1991 and established a sister firm in Australia, which the market has warmly received.

Avanti developed their first bike in 1985, describing it as a “locally constructed ten-speed Strada series.”

Avanti saw a market for various sorts of bikes following the success of their road bike. Thus, Avanti introduced their first-time trial bike in 1986. In 1987, the Avanti line expanded to include a mountain bike.

Avanti offered a total of 27 distinct models in 2000. Avanti’s commitment to innovation in the road bike business has resulted in the production of bikes with a high proportion of carbon components.

Avanti grew further into the Asian market, with elite cyclists riding their bikes in Thailand, Japan, and Malaysia. Avanti celebrates 30 years of bike manufacturing in 2015.

How Reliable & Durable Are Avanti Bikes

Avanti bikes provide the best value for money. The frames are typical. Nor spectacular, not awful, but very average.

As a smaller business, avanti does not have unlimited funds to spend on research and development, resulting in a standard bike frame.

It will be heavier and perhaps less manoeuvrable than a specialist frame. It would help if you chose avanti because they spend less on their frame, which means you receive a better value on the componentry.

Avanti bikes are often entry-level or mid-level models, so Avanti may be a suitable choice if your budget is less than $1,000 AU.

Additionally, suppose you’re seeking for a complete suspension. In that case, you’ll need to obtain one from a specialist, as Avanti does not manufacture one.

It means you’re getting one of the most delicate frames on the market. It will be lighter, stiffer, and more responsive than the avanti frame.

When comparing a specialized to an avanti, you’ll see that the technology has a lighter frame and lower componentry than the avanti.

With an avanti, you’re purchasing the components, but with a specialized, you’re buying the frame.

You are not solely responsible for the components (running gear) on both motorcycles to answer your question.

If you look at it that way, avanti will always win, as the Avanti will have superior components on an 800 dollar bike.

You must keep in mind that the frame controls every aspect of the bike, how it rides, how heavy it is, and, most importantly, if it is a good or horrible bike. Then you examine the fork, and finally the componentry.

Finally, you will be content with whichever choice you make. Nonetheless, ensure that you choose wisely. Consider how much you’re going to ride; if it’s informal, avanti may be preferable. If you’re going to be riding more frequently and on more challenging trails, specialization is generally the superior option.

If you ride every weekend, you should invest in LX. It will last longer, be more durable, and be a more sensible decision in the long run.

If you drive less than once a month, deore will suffice. However, bear in mind that while the rear derailleur will be LX, the remaining components will be deore.

If deore is in the rear, everything else is a step below deore. It’s the way the bike business entices you in with names like “LX” and “deore.”

Just remember that you should not purchase a bike based on its LX or Deore designation; instead, you should buy it based on the frame and fork you want.

Avanti bikes are not the fanciest/flashiest on the market, but they have highly high-quality frames in terms of construction and materials.

Derailleur hangers are an odd part – they come in various shapes and sizes, and it’s not uncommon to have difficulty locating the correct one.

Naturally, the hangers should be more accessible for new and latest model motorcycles.

I would not anticipate much trouble with a newer model Avanti, but if the bike is generic – manufactured overseas and badged with Avanti stickers. And the hanger utilized is essentially an unknown that may not be interchangeable with other Avanti models.

The hanger should cost between $15 and $20. While the onus should be on the shop and brand in this scenario, you may wish to peruse some of the little internet businesses that offer mountains of various hangers to see if you can recognize the model. Because multiple companies use many hangers. They may be more readily obtained online or by utilizing an ‘alternative’ component number from the other brand.

Bear in mind that the hanger must still be similar to the injured one. If you choose this method, use the damaged one as a reference to identify all of the characteristics and ensure it is identical. Read about are road bikes good for commuting?

We enable you to achieve the most outstanding performance from your Avanti bike via the use of precise technology like our proprietary carbon fibre lay-up or a high strength-to-weight ratio alloy.

Trek bikes are built to last and have a good resale value years after purchase.

Trek bikes are so pricey because they are built with high-quality components and have innovative frames and suspensions that beat the competition.

Additionally, most high-end Trek bikes are custom-made and have built-in limited quantities, making them pricey.

We also utilize smaller wheels on Remedy – our trail bike designed for spirited riding and additional style points on jumps – since they are more agile and easier to chuck around. Read about are Trek bikes any good?

Avanti is a world-class bike manufacturer based in New Zealand that produces bikes for everyone from Olympic competitors to children, all designed with a strong design concept.

Each Avanti is created with the rider in mind to improve and provide the most satisfactory two-wheel experience imaginable.

Giant was formed in 1972 to enhance cycling. We’ve always been known for our creativity and industrial know-how.

Giant has led the way in both aluminium and composite engineering.

Giant has evolved from a bike manufacturer to the world’s premier excellent bikes and accessories brand.

They have over 12,000 retail partners globally in inspiring all cyclists from casual to competitive.

Giant motorcycles win world titles like their designs. But most significantly, they win the hearts of cyclists. They support it. They believe it improves the world. Read about are Giant bikes any good?

Avanti bikes offer a lifetime warranty on the frame and a one-year warranty on Shimano components.

Avanti Bikes are often entry-level or mid-level bikes, so Avanti may be a suitable choice if your budget is less than $1,000 AU.

As a smaller business, Avanti does not have unlimited funds to spend on research and development, resulting in a standard bike frame that will be heavier and less manoeuvrable.

If you’re going to be riding more frequently and on more challenging trails, specialization is generally the superior option.